Congratulations on Our Rainbow Connection! 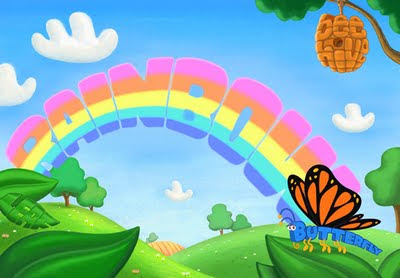 The singular purpose of Life is to transcend (but not abandon) our senses, and to live and think on the level of spirit; then we gain the self-awareness to recognize and remove the obstacles between ourselves and Love.

Congratulations! to all our brothers and sisters who have finally won their battles to make it legal for same-sex couples to get married. It's been a long time coming, and I suspect it's an issue of simple compassion that has been around for a much longer time than we think. We've always all had these little differences, it just depends on the consciousness we use to notice them.
Extending the rights of marriage to gays, lesbians, and transgendered people, as it has historically been to differing religions and races, is literally a real "no-brainer" – but it's always been an issue with those people whose thinking is dictated by fear. Folks who sing the praises of personal freedom, yet insist on playing God by denying the simplest of human unions to others whose little differences aren't identical to their own. In other words, what those people have always needed is less brain, more heart.

Nonetheless, this small breakthrough is still more evidence for the expansion of compassionate consciousness into the world – the spiritual growth of our earth-bound collective – that indicates the (albeit stubborn) relinquishment of that fearful minority's harsh judgement to the over-arching power of Love and shared enlightened consciousness.
It has always been those zealous dogmatists, forever seeking compensatory control and self-enhancement, who've led the way into that particular darkness – blindly following the delusional intelligence that in our past has been responsible for such ingeniously misguided evangelical inventions as thumb-screws, "The Iron Maiden," and the Rack, as well as the bans on gay and interracial marriage. God Bless Them. They're helping us identify with how difficult it can be to accept our differences. We have to show gentle tolerance, and try to be an example of how it really works.

Shall we toss out those resultant stigmas as we throw out their dogmas as well? None of our earthly brothers and sisters need bear any brand of separation – nothing that marks them as being anything other than "Children of God" and the expression of shared humanity—of Love—that we all are actually here to learn to be. That's our ticket to real freedom.
Like it or not (and I do), even with the most stubbornly prideful, egoically deluded of us, our inner and outer obstacle-walls to Love come tumbling down, and what's simply humane, just, and divinely blessed inevitably overcomes even the staunchest advocates of self-hatred. It's a spiritual evolution that we're taking part in, and evolution can't reverse itself unless a species is extinguished (which might seem like an option at this particular point), an outcome that's very unlikely in light of our growing enlightenment.
What's more likely is that we are learning to Love each other – differences and all – and are inevitably overcoming the petty greed and intolerance that threatens us, and this beautiful Earth, as we know it.

For the lucky, ever-increasing number of us for whom that Christian dictum has always been a simple function of karma (likewise a "no-brainer"), that beatitudinal expression has always worked in both of the directions that it was intended to. Outward, and inward, which is where it all really starts—with ourselves. Treating our fellow human beings well is an easy enough principle to understand, but how about loving Thyself with the same kind of unconditional compassion?

As we are all essentially the same player in on this stage, judging our brothers and sisters, and their choices and expressions in Life, is always simply a form of unnecessarily harsh self-punishment. Now it can be released at the same time as our stridently illogical and intolerant  traditional "Laws of Nature" deconstruct themselves, revealed and overturned by compassionate consciousness. Only then can intuitive intelligence and reason be freed up, and allowed to demonstrate where our boundaries really need to be. Where boundaries make sense for everyone – boundaries against needless destruction and gross inequality. Boundaries like those defining the need to save all the life of our precious Earth.

What do you say we finally let ourselves off the hook (along with all the rest of God's creatures), and instead of identifying ourselves with life's painful obstacles to happiness and fulfillment, finally accept our true potential as channels and stewards of the Divine Spirit of Love?

"Would it be possible for you to hate your brother if you were like him? Could you attack him if you realize your journey with him, to a goal that is the same?"


Read about this and much more in the new book:can be pre-ordered online. The first book: How to Survive Life (and Death), A Guide To Happiness In This World and Beyond is available everywhere – but ask for it it at your local bookstore!