Synchronicity is Not a Coincidence (It's Evidence of the Unseen) 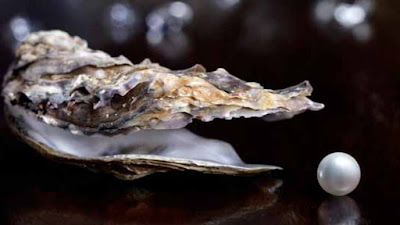 A lot of people have an idea of what the term "Synchronicity" means in popular use, but in a lot of cases they confuse it with the simple fact that sometimes all of us experience extraordinary, timely coincidences. Accidents, that seem as though they were by design. But synchronicity really removes the accident from the accidental nature of those ‘random’ phenomena, and while it can manifest itself as coincidence, that’s only the visible tip of a vast, hidden synchronicitous iceberg.
To better illustrate the nature of this distinction, let me call upon two other simple metaphors: electricity, and eating.

We all have faith in the practical applications of electricity, right? You know the light will turn on when you flip the switch (unless one of those "never needs replacing" light bulbs needs replacing), but sometimes, the light goes on or off at a very particular moment without you flipping the switch. Or in its grander form, a bolt of lightening strikes a tree on your family property. Those are what you may call 'electrical coincidences.' Synchronicity, in this case, has more to do with a very practical yet deeply mysterious lifelong relationship to natural phenomena of all kinds.
For example, if a bolt of lightening strikes your grandfather's favorite tree on the day of his death – that's synchronicity. One aspect appears to be connected to the other, but there’s no provable material cause for it, aside from an obvious spiritual cause.

Or say you're getting hungry around lunchtime, and for some unusual reason you've been craving oysters. Just then, a co-worker starts talking about the great oysters he had last night. That's coincidental. But if your girlfriend gives you a surprise call to meet her at the oyster bar for lunch, and then tells you how much she loves you – well, that's synchronicity. Reaching beyond just the particular coincidence, synchronicity may have everything to do with how you met your wife.

Dr. Carl Jung, the creator of synchronicity, may have taken that example a little further by suggesting that love revealed itself to you like a pearl, and that the opening up of your life revealed this timeless treasure to you. His original version of synchronicity brought in, and out, the presence of recurrent images and ideas, archetypes, tying us to another dimension where dreams come true, timely meetings change your life, omens accurately predict the future, and phenomenal ‘signs’ are deeply significant to our personal experience.

Dr. Jung didn't define the new principle because he was a mystic, but because after years of working with patients and bearing witness to the events of his own life, it became clear that there appeared to be a mysterious, underlying kind of 'field' effecting a whole different level of experience. Even though he first coined the idea of synchronicity in the late 1920s, it wasn't until 1952 that he committed his concept and data to print with "Synchronicity: An Acausal Connecting Principle," as the first half of his book, The Interpretation of Nature and the Psyche.

Around the same time, the world was learning about quantum theory, and the concept of a quantum field, or source plenum, from which all matter arises. With it came evidence that we’re all participants in an observer-based reality, of sorts; that our focused attitudes, intentions, and actions may interact with an unseen mechanism to create our personal and collective reality. It confirmed Jung’s observations, and he referred to this field as unus mundus – a unified world. In this unified world, coincidence is only an indicator of an underlying reality.

Jung’s observations were based on the rejection of a coincidental, one-dimensional life, and instead, the recognition that we engage in the world in a very complex way through our psyches, our energies, our emotions, and our actions and experiences. Seeing life this way, it becomes less a series of coincidences mixed with our projections and manipulations, and instead a far more interactive (albeit far more mysterious) experience. Life becomes a unified co-creation that is answering your questions. Life is reflecting to you what it is you need to know.

“Continuous creation is to be thought of not only as a series of successive acts of creation, but also as the eternal presence of the one creative act.”
Carl Jung

Jung based the synchronistic model on three characteristics of spiritual potential: meaningful coincidence – that random events happen sometimes with very specific, personal meaning; causal connection – that despite there being no apparent material cause and effect, there is an undeniably profound personal significance, and so an apparently intentional connection at play; and luminosity – the indication that all of this happens within a kind of shared field of divinity, in communion with a greater whole.
Across most life experiences, these three aspects actually do work to describe something that happens in everyone’s life, even though no one knows exactly how.

Scientific materialists see consciousness as an individually brain-generated phenomenon, generated independently by every consciously living thing, rather than as a shared field that’s accessed by every living thing through their sensory capabilities. Because of this, they tend to dismiss synchronicity, yet their limited model of consciousness supports synchronicity too, because if each life form has a bubble of consciousness around it, they become like 'quanta' of quantum physics when they simultaneously, "acausally" share information through the principle of entanglement.
Synchronicity merely recognizes the existence, and potential, of this ­in-formation ­field of shared consciousness.

Skeptics say it’s all coincidence, chalking it up to what's called "confirmation bias," which is our very real tendency to remember our 'hits' and forget our 'misses.' It means that you're more likely to remember the bird at the window the day of your father's death than all the birds at the window on other occasions. Of course, it all depends on what the bird is doing, and when it's doing it, doesn’t it?

My wife and her family witnessed just such a bird hovering nearly motionless outside the window of her father's hospital room, that flew away at the moment of his death. It was the first and only time any of them had ever seen a bird hover outside a window like that before. That’s synchronicity: meaningful coincidence, causal connection, luminosity.

Materialism considers all such verifiable testimony as 'anecdotal' (as is all of personal spiritual experience, when you think about it). But spiritual experiences are realized through ones heart, not through ones intellect – a mechanism that's been proven rather unreliable after centuries of scientific reassessments and  dangerously ‘adjustable’ dogmas. The miraculous has always ironically been rejected by learned men, who have yet to provide an explanation for their existence on a planet in outer space, other than that it is likely the product of "coincidence."

The acceptance of synchronicity as an unpredictable, yet wondrously reliable mechanism in our [observer-based] life, leads to a very practical realization that you could relate to any natural force, like electricity, or gravity – it works much better for you when you believe it’s there, and learn how to work with it. When you have faith in it.

A personal story to end with: About fifteen years ago I'd come to accept my self-reliant bachelorhood. A series of remarkable, synchronicitous coincidences suddenly put me in the position to buy a small house, overlooking a wonderfully scenic river in northeastern Pennsylvania. In what I (anecdotally) consider miraculous fashion, the sale went through, and I spent a day signing papers that granted me the deed to my new house in Pike County, Pennsylvania.
Back in Manhattan, on the way home from the bus station, I bumped into a charming woman I'd briefly met before. She seemed to be lit from within, and after a very nice conversation, she wrote her name and number down for me. Her last name was Pike, and without knowing where I had just come from, she told me that she was hoping to get away to the country soon. I made sure she did.

I can’t forget that 'hit.' We've been married now for thirteen years (the best of my life). And like electricity, she invisibly powers my life; and like eating oysters, well, let's just say it was no coincidence that I bit into a synchronicitous pearl.