I'm very happy to announce my new website is up–it's basic for now–but soon I'll be listing events, and featuring reviews and links to shows and happenings...💛 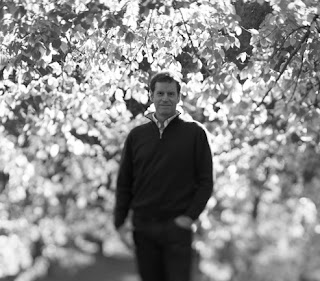 Labels: Gaia, How to Get to Heaven, How to SUrvive Life (and Death), IANDS, NDE, NDEs, spiritual, spiritual books, spirituality, The Mindful Word

Why Are Near-Death Experiences All So Different? 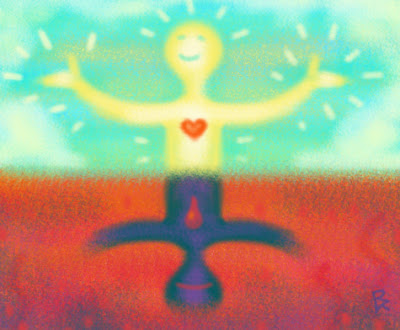 Despite what current politics may suggest, there’s no doubt that a “Divine Consciousness” is rapidly expanding throughout the human race. Even my coffee cup is about to start talking to me. A lot of what was once considered ridiculously paranormal has now been empirically proven, and popularly embraced. In fact, the human race is clearly now a race between the realization of the role Consciousness plays in the creation of our world, and the destructive consequences that ignoring it has caused, and is causing everyday.

So what does that have to do with ‘Near-Death Experiences?’ Well, now it seems even Science is converging on the ancient, but currently revolutionary concept that Consciousness itself may be an elemental force – a field, like gravity, or electromagnetism. That Consciousness itself is really the eternal quantum field of being, generating the formation of material life – rather than the other way around (this idea, as biocentrism, is very intelligently proposed by Dr. Robert Lanza, of Wake Forest University). And what are ‘NDEs’ but further testimonies of the continuation of consciousness beyond physical life?

The rapidly growing Near-Death Movement – based on thousands of testimonies of people who have experienced consciousness beyond the limitations of our physical life – is yet another example of humanity’s limitless spiritual potential. It's additional evidence of our ability to co-create whatever reality we participate in – be it on the Earth right here, or in that sweet hereafter.

I'd never given any of it much thought, until the power and meaning of my own three "NDEs" arose, and compelled me to write a book that put me into the hub of the hubbub. I've since discovered that the community of near-death experiencers ranges somewhere from five to fifteen percent of the general population, globally. Now that's a whole lot of non-ordinary reality.

Naturally, I have less reason than the average Joe to doubt the veracity of all that testimony; but I have found plenty of reason to ask this question: why is it that near-death experiences are all so different? If we're all governed by eternal, invisible machinery, why do we see such a range of afterlife options, all tailored to the individual participant? Shouldn't we all go down that identical tunnel into the light, and meet Grandpa in that same shimmering field of Elysium?

Some near-death returnees report celestial extravaganzas. Some tell of organizations of elders and angels, structured in an elaborate cosmic framework. For others, it's a hellish nightmare, complete with every infernal cliché. The reason for all these differences can be simply explained if we consider the way we’re always participating in the field of Consciousness – how we are always creating our own individual realities.

My own NDEs were humble, by comparison, but they all had one glorious factor in common; that I did not lose Consciousness when I lost consciousness. In fact, all three times, I experienced an enhanced consciousness, seamlessly uninterrupted from this life to the next.
Skeptics suggest this sense of continuity is the result of a still-active mind – a mind not yet fully "dead," and they're right. Since Consciousness is a field we eternally participate in, our mind never actually dies, it simply joins a greater mind. The Hindu Vedas suggested that thousands of years ago. Dear Dr. Carl Jung described it too, way back in the 20th century. Mind continues working on, beyond these physical constraints.

And as for the differences, well, imagine someone dying, and awakening in this world. What would they experience? The war in Syria? A recital by the Mormon Tabernacle Choir? Perhaps a high-powered business lunch – or even that visit to Grandpa's? In this elemental context, we all imagine the life we are living, and live it. We all enter into the life we need to experience. This is the mystery of any incarnation; and it will continue to be the mystery, from this life to the next. What NDEs do tell us is that our continuing engagement in a greater mind is defined by the karma we create in our life (or lives), and carry that with us (and back) in a way.

"Memory ensures that nature creates individual forms that are copies of the primal universal forms."
The Hermetica

In "the next world," as in this one, our karmic imagination is like the clay connecting us to Divine Consciousness; that Consciousness is like the ever-spinning potter’s wheel that everything grows up out of; and the source of power is like, well, The Source of Power.
Welcome to every life (and afterlife) you will ever live–and remember, whatever life you’re living, create that life with Love!

Read more about the same thing, by Kevin Williams at the wonderfully complete and comprehensive Near-Death.com. And check out this Wiki entry for the Tibetan theory of the "bardos," or transitory states of the afterlife.

The latest book:can be ordered direct on this page or online; and the first book: How to Survive Life (and Death), A Guide To Happiness In This World and Beyond is available the same ways – but ask for them it at your local bookstore!
Posted by robert k. at 1:18 PM No comments: