A Halloween Soul Metaphor—The Zombies Among Us 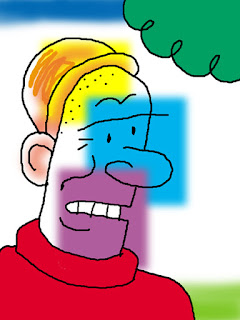 You may notice that the really famous monsters are scary on a couple of levels. First, on the level of the material imagery; and then on a deeper metaphoric, or spiritual level. Take Frankenstein (please!). He's plenty scary on the obvious material level, but he also makes a pretty scary metaphor – as the manifestation of self-will run amok; the consequences of our wanting to play God with the natural world, with our lives, and with the lives of others. Or Dracula, as a symbol of soul exploitation – people who selfishly suck the life out of other people; or out of Mother Nature, for that matter. Or the Wolfman – the potentially violent beast within us all, unleashed by the uncontrollable cycle of life...a curse he passes along whenever he bites someone else.

So what's up with all the Zombies? They seem to be everywhere these days. Zombies in the movies, on TV, in commercials and videogames – almost everywhere you look, there are zombies popping up. What are we trying to say, on a deeper level, with this zombie fascination? Well, let's take a look (if you dare…)

Most obviously, zombies are the undead. Inhumane humans who've lost their souls, so the only life they have left is spent unconsciously feeding off the souls of the living. They selfishly grope around for the next bite that's going to fuel their empty search. In that sense, they're really much like unconsciously self-centered people (profit-driven entrepreneurs or mindless consumers), lurching about ineffectively, swarming on any situation where their appetites may be sated. So eternally they flounder around, staggering through a soulless system, driven to find something to feed their emptiness, but only finding more remorseful, bottomless hunger.

They would find their solution – their rest – if they'd just die already, wouldn't they? Symbolically, that simply means "dying" to the empty, ego-driven life of schlepping from one incessant need to the next. Realizing that the death of "who you are supposed to be" and "how it will look to others" in our often soulless, demanding culture will reveal a real peace, and a responsible purpose that may have been hidden right in front of you all along. It's not really about what any single one of us needs – it's about what every single one of us needs: Love, Purpose, Spiritual sustenance.

I'm sorry to point out that the people responsible for all of this zombie programming, sadly, may just be the zombies "in charge" – which gives us another spiritual challenge to face...how do we recognize the undead among us?
Well, zombies couldn't care less about what you think. They're not at all interested in your thoughts on any subject; and what's even worse, they don't give a damn about how anything makes you feel. You're not going to get anywhere by politely asking a zombie not to eat you. Zombies only think about their own delusion of self, and no amount of actual evidence will persuade them to recognize reality, so zombies dare not allow themselves to feel anything except fear or anger (which are the same thing), and expresses itself as hate or entitlement or arrogant bullying. God bless 'em.

Not being zombie-like yourself means opening up to what others think; and more importantly, to how they feel. Relating, sincerely, to one another’s feelings, and by doing so, to share the experience – and the intelligence – of our shared heart-energy. Forgiveness and compassionate consciousness are the only things that can help a zombie re-enter the real world of the living, and the only ways to deal with a zombie, even if – God forbid – we realize it’s ourselves.

I hate to get too graphic, but they do say the only way to kill a zombie is "to kill the zombie's brain," and they may have a good point there (whoever "they" are). It’s very likely that zombies probably think too much with their dizzy, addled heads, and not with their grounded hearts. That’s where the path to restoring a zombie’s soul (or to help a struggling ghoul to find it themselves) must initiate from. It seems like a long schlep, sometimes, that short stretch from the upturned graveyard of the head, to the peaceful, heavenly realm of the heart.

When dealing with a zombie, try to look past that unkempt exterior – the unconscious self-centeredness, the fearful pallor and fugue-like gaze past you, the blood n' guts everywhere. Many zombies are really good at heart, they've simply been made “undead” by a monstrous metaphor ­– ­the Dark Lord of the Unconscious Ego; but look beyond the quickly fading external images, into the compassionate spirit we all share, and you will find the zombie’s struggling heart.
If you fear you’ve become a little zombie-like yourself, simply start living in your soul's life, that's where you’ll find the real, joyful world of the living–not on the shifting horror show of life’s “silver screen.”

And for Halloween, I recommend that you don't go as an orange, flesh-eating  ghoul, or dress your kids that way, either. Instead, go as a fairy, or an angel, or just as the bright, shining light that you really are. Happy Halloween!

"There is a light within people of light, and they shine it upon the whole word. If they do not shine it, what darkness!
The Gospel of Thomas, Logion 24

Read about this and much more in:available direct on this page, or online. The first book: How to Survive Life (and Death), A Guide To Happiness In This World and Beyond is available the same ways – but ask for it it at your local bookstore!
Posted by robert k. at 6:45 PM 1 comment: