Why Do We Have to Die? 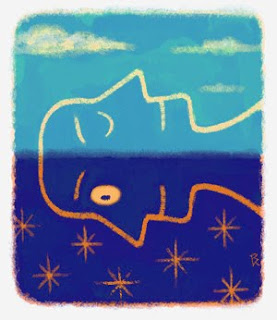 I have the dubious distinction of having "died" three times, experiences I definitely don't recommend; and obviously, I didn't really die because I wouldn't be talking to you now. What I did do was to survive three "Near Death Experiences," each one completely different from the other; and since my books about it (and more), How to Survive Life (and Death) and How to Get to Heaven (Without Really Dying) were published, I've found myself answering a lot of questions about what death is, what it's like to die, and to the point of this piece: Why do we have to die?

Well, apparently I came back to give you some good news, and some bad news, all based on my (painfully obtained) understanding of it. The good news is that we don't really die, spiritually speaking, we only die to this life of flesh and bones and blood (but many of you suspected as much, I'm sure). The bad news is that we do have to die – our souls seem to require it. On top of that, we have to die in a number of different ways, none of which are all that pleasant, and all of which seem designed to accomplish the same thing. Here's what I mean by that:

If you've ever been around a loved one who's dying, or if you've ever been gravely ill or injured yourself, you know that there's no bluster left in your game in those moments. No claim to fame or fortune remains at all relevant in that grounding bubble of unfortunate reality. What's realized then is a state of absolute humility, where there's no longer any external importance attached, no pretense of "winning"–even though you really are, in a way, because you're free. That state of absolute humility is really a state of grace. You are reduced to the simplest condition of egoless selfhood – the state of simply being who you really are.

Counterintuitively, from that point on everything becomes possible, because in a way, you're starting over. In the grand–call it cosmically spiritual–picture, this happens in a big way when you actually physically die (reincarnation-wise, that is). But first, let's look at the other ways, the other "deaths" our souls require. Let's consider the 'living deaths' that also cause us to regenerate a new, unavoidably more authentic life. Let's look at the difficult times that lead us to be "born again" in this life.

When we witness the death of our family or friends. When a lover or spouse has a change of heart, and decides that they have to leave us and move on to their own new life. When a job or serious expectation we have suddenly, unexpectedly vaporizes – these are all "deaths," of a sort, that cause us to reconsider who we thought we were, and to consider anew who we may have to be from here on. Each death of this sort opens us up, strips us down, and makes us teachable about how we can change and improve our lives on that most important spiritual level – unattached to the material definitions and expectations that have failed to make us happy.

When we learn those hardest-of-all lessons – that our material, ego-based outsides aren't what's really important; when we "die" to that superficial sense of ourselves, and let go of who we thought we were, we instantly expand into Consciousness, and it suddenly becomes possible to become who we all authentically are – not as separate, searching individuals – but instead as loving, giving, creative, contributing pieces of a divine wholeness. Expressions of a single, love-based reality.

Now, let's get back to when we actually die physically. According to the Tibetan Buddhist monks (who really do know all about this stuff), if we don't learn these lessons on a spiritual level, and continue behaving like human animals, delusionally feeding from one desire to the next, we'll be reincarnated as a wild beast, most likely. In the meantime, we'll destroy ourselves, each other, and our planet. Quite a setback on either count, you can be sure.

When I had my experiences I lost my earthly body, and I lost my material identity, but I never lost Consciousness. Instead, I was folded into it. In two of my three NDEs, a new life effervescently expanded around me, I was liberated from the constraining limitations of the material life, and seemingly anything became possible.

So, I'm afraid we do have to die to this difficult form – in a number of difficult ways. That's the deal here, this is a difficult life. But if we, in a way, embrace death – our many "little" deaths and our one "big" one – they will liberate us to our new, unimaginably amazing and wondrous potential, in this life or our next.

And that (I have learned, the hard way) is why we have to die, and have to keep dying. Our souls require it to merge us into our greater life in Love and Consciousness – into a life beyond our wildest dreams.

"Without a dying to the world of the old order, there is no place for renewal, because…it is illusory to hope that growth is but an additive process requiring neither sacrifice nor death. The soul favors the death experience to usher in change."
James Hillman, Suicide and the Soul

So it does appear that our souls "favor," even require, these 'death' experiences to enter the state-of-being that we think of when we think of "Heaven" —you've got to die to go to Heaven, everyone knows that. And everyone has had a taste of "Heaven on Earth" at one time or another in their life, so we know it is possible to find it here and now (in a much easier way...). We look into the guides to getting there in: How to Get to Heaven (Without Really Dying), now available from Llewellyn Worldwide.

Read a related article: Suicide and the Superficial Self, at Gaia's "Spiritual Growth."

The latest book:can be ordered direct on this page or online; and the first book: How to Survive Life (and Death), A Guide To Happiness In This World and Beyond is available the same ways – but ask for them it at your local bookstore!
Posted by robert k. at 12:06 PM 2 comments: