To Be the Right One of the Two of Us

Watch this remarkable talk, linked from TED, by Jill Bolte Taylor about our dual thought processes, and finding nirvana. Ms. Taylor is a neuroanatomist and brain function researcher whose experience of her own stroke (which took eight years to recover from) led her to these incredible realizations. It's very similar to the Buddha's Fourth Dhyana, or state of nirvana, as described (for example) in the forward to Eknath Easwaran's excellent translation of The Dhammapada.
Posted by rjk at 3:14 PM No comments:

Here's a Nice Piece of Work... 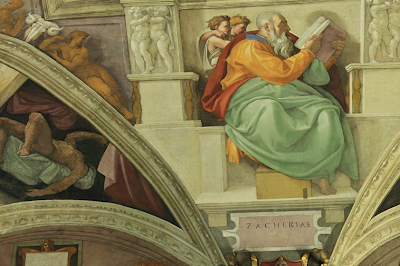 Take this tour to check out a really remarkable piece of illustration and design (thanks to JFadink).
http://www.vatican.va/various/cappelle/sistina_vr/index.html
Posted by rjk at 2:04 PM No comments:

While my own ideas about the Mayan calendar and the changes of 2012 (previous post) come mostly from Johann Carl Calleman's research (throw in a touch of José Argüelles), and the excellent lectures that Ian Lungold gave hundreds of times in the 2-3 years prior to his terribly premature death, the good people at PeaceJam.Org would like you to know about their new documentary called: 2012: The True Mayan Prophecy. It features the 1992 Nobel Peace Laureate, Rigoberta Menchu Tum, The Dalai Lama, and others. It's available for a $1.99 donation from this amazing organization that matches Nobel Laureates with young people to make positive changes for our planet.
Thanks to Ivan Suvanjieff and the PeaceJam Foundation.
Posted by rjk at 1:35 PM No comments:

Tales: 2012...The Stockholm Syndrome and the Era of Ethics

Happy 2011! Just that much closer to 2012, and the culmination of so many misunderstandings regarding the Mayan calendar, and the "End of Time" that it suggests to some. As is often the case, the truth is hiding in plain sight, in much the same fashion as the suggestion that December 21 next year will mark the Apocalypse. It's the same because while many people believe that the Apocalypse has to do with Armageddon, it really is more about the true translation of the word apocalypse, which means "lifting a veil," or "revelation."

It isn't the destruction of the world, but the revelation of a profound truth. The ending of a kind of delusion. A threshold, or singularity – a moment when an aging system of belief and perception finally gives way to an underlying reality. So it is the end of a certain world – a world as it has been misperceived. A destructive, delusional world.

This delusional fear of a fiery conflagration – a "Day of Reckoning" – is propagated by those who seek to manipulate people with fear. Take a closer look, and you'll see the truth is much much nicer...

"The Kingdom...is spread out over the whole earth,

and people do not have eyes to see it."

The Gospel of Thomas, Logion 113

If you've never explored the story of our world as described by the Mayan calendar, the diagram below (from Peter Russell's forward to the anthology, The Mystery of 2012, Sounds True) does a good job of boiling it down to a simple visual. 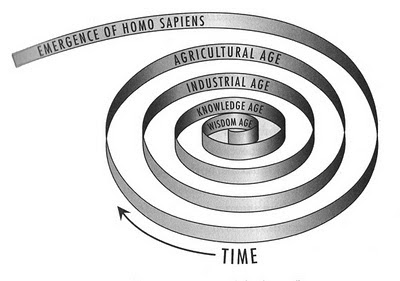 What the Mayans were actually describing was the history of consciousness entering the world, and so creating different worlds, so to speak. The Mayan codice found at Coba arranges the growth of consciousness, the evolution of intelligence, into ages, or eras. This spiral simplifies it into the four ages depicted, each age a quicker turn. We are presently turning into a "Wisdom Age," by the diagram, which precedes the end of the spiral- the "end of the world."

A superior diagrammatical approach to understanding the earth's history (and "end" of history) according to the Mayans would be to think of it like a Mayan pyramid, with proportionally smaller levels stepping up to the top, each step representing an era of evolution, or amount of consciousness in the world. Each era up is progressively shorter in duration, and exponentially more packed with consciousness.

In this imagined architectural chart, the base would be the Cellular Era, when cellular life first appeared on Earth. The next level, the Mammalian Era, when creatures went from simple in the sea, to more complex onto the land. Consciousness begins to accumulate and expand. The next step, the Family Era, when primates acquire stereo color vision, leads into the Tribal Era, when increased consciousness discovers the uses of fire, tool-making, social benefits. The next level up the pyramid is the Cultural Era, the dawn of Reason and Art. Up the next step to the National Era, the era of nation-states, of law, and of what Huxley called The Perennial Philosophy, that is, the wisdom underlying religion- the teaching of Jesus and Buddha, for example. Next comes the Planetary Era, the era of global power, the Industrial Revolution, E=mc2. This is the era we have known for most of our lives, but each successive era is significantly shorter than the era it follows as consciousness is flooding into our plane, change is accelerating, so we are rapidly moving into and through the Galactic Era, the era of ethics and interconnection (like we now have with the internet).

To many of us, it doesn't seem that we are occupying an era of ethics, but we are (quite appropriately) heading into the heart of it. The reason the world looks the opposite is a product of how we're looking at it. If we look at it through the prism of the self-des-tructing Power era, we see what the desperate materialists of the world want us to see – a world where the great majority of people surrender the Earth's resources to a tiny, delusional minority.

When observing the current state of Washington D.C., for example, watch occult "politicians," whose position comes from corrupt power, manipulating a vociferous, fearful minority by inducing The Stockholm Syndrome, a fear-based psychological state wherein the abused identifies with their abusers. According to an FBI database resource, this phenomenon occurs with about 27% of abductees and abuse victims, coincidentally the same number, according to polls, of Americans who identify themselves as Republicans.

The future scenario intended by the Power Era Materialists must result in the violent enslavement of the great majority of humans, and the irrevocable trashing of the planet. Since evolution is not actually survival of the strongest, but in fact survival of the most effectively cooperative, the majority will insist on the adoption of the Ethical Era. It will happen. Fear tactics, fascist media, and consolidation of resources are the last gasps of unethical and delusional people whose time has actually already passed. But most of us already know that, don't we?

Look at the bigger picture, and you'll see the genie is out of the bottle. We are entering into the Universal Era, when everything becomes possible. It is the era of conscious co-creation of our Earth, when interconnectedness, wisdom, ethics, and com-passion will lead us into Universal Citizenship, and allow us to steward our planet and it's resources effectively and humanely. At "the end of Earth's history," we become The Universe. Just look all around you, the great majority (at least 73%) has already started to gratefully welcome a new spiritual world, and the end of the delusional material one. We're just not as loud yet.

As the [Power] world ends, there will be chaos, possibly violence. Stay out of it's way. Take care of one another. Keep these truths strong in your heart. We know from the lessons of quantum reality that consciousness forms material reality, so expect a lot of material manifestations – dramatic environmental and human manifestations. But don't be afraid. Fill your heart with willingness, tolerance, kindness, and Love, and you will become part of the next great step of Intelligent Evolution, when the suffering of so many indigenous peoples, and animals, and our Earth itself, will finally end.

"...the wicked carry out the will of God in their own fashion."

Check out: Ian Lungold Lecture in the "Heart & Art Websites" tabs to the left for a great talk on the source material.

A Rough School at Night

Here's a recent color rough of a school, after hours...
Posted by rjk at 12:57 AM No comments:

If You Happen to be in Tampa... 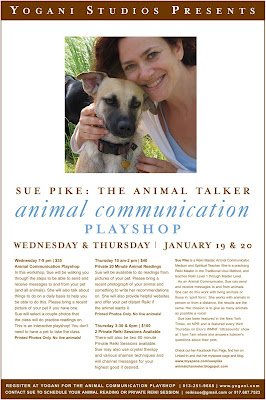 Please check out Sue's series of events at Yogani Studios, from Jan. 17th through the 21st. Check www.yogani.com.
Posted by rjk at 12:04 AM No comments: