A Special Offer for the Art of Dying Conference at the NY Open Center! 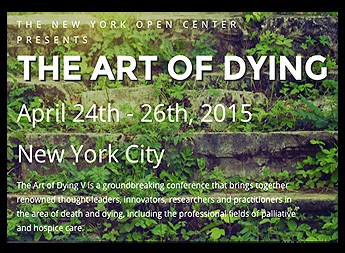 Here's a very special offer for my readers for the upcoming Art of Dying Conference, April 24th–26th 2015, at the NY Open Center!

The New York Open Center is hosting a fantastic conference that explores spiritual, scientific and practical approaches to death and dying.  Speakers include Eben Alexander, Thomas Moore, Robert Thurman and many others. I have managed to secure a rate of $350 for the 3 day event (normal rate $595) for readers of my blog but you need to act now to secure these savings.

The book: How to Survive Life (and Death), A Guide To Happiness In This World and Beyond is now available everywhere, but ask for it it at your local bookstore!
Posted by robert k. at 11:21 AM No comments: Links to this post

A Gnostic Treat: How the Second Coming May Have Already Come! 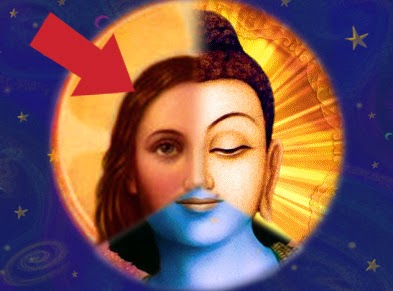 For fans of all the gospels, and the real roots of Christianity (and gnosis), I'd like to suggest that the good news may be that it's possible a certain kind of "Second Coming" has already taken place.

In 1945, an Egyptian shepherd discovered a collection of ancient manuscripts in a place called Nag Hammadi. There were all kinds of texts hidden away there. They are texts that had been considered "heresy" by the early Christian church fathers, but many of which really carry equal validity as the canonical gospels do – and may even be considered, in a sense, purer, having avoided centuries of being manipulated for all the inevitable reasons.

One of the texts, The Gospel of Thomas, describes a different kind of Jesus, named (the original Aramaic) Yeshua here – one who had been concealed for nearly two thousand years. This teacher's lessons being returned into our consideration leads me to suggest a kind of Second Coming that has already been fulfilled.

"The Kingdom is inside you, and it is outside you."
from Logion 3, The Gospel of Thomas

There's no narrative in this gospel, just these beautiful, pithy lessons from a much more "eastern," almost Buddhist teacher, who suggests that "The Kingdom," or heaven, or what in India may be called moksha, or in Tibet, nirvana, is within everyone – and accessible to all who seek it. He also suggests that the discovery, and transcendence of our troublesome "delusion of separateness" is something of a simple personal revolution – and revelation.

"When they find, they will be disturbed; and being disturbed, they will marvel, and will reign over All."
from Logion 2

"Stop lying. Do not do that which is against your love. You are naked before heaven. What you hide will be revealed, whatever is veiled will be unveiled."
from Logion 6

There are a lot of familiar things said here, but many of them said in a fresher, more direct way, unconstrained by the narrative interpretation and dogmatic context of the New Testament and its guardians. The result can be a whole new take on Yeshua's profound spiritual life advice, with an imme-diacy that foreshadows all contemporary psychological understanding:

These statements avoid all of the imaginary colorings of personality, and deliver a sense of eternal wisdom that call to mind the past Hindu Upanishads, and carry straight through to the scientific magic of Quantum Physics:

"I am the All. The All came forth from me and the All came into me. split the wood, and I am there. Turn over the stone, and you will find me."
from Logion 77

Like a great swami, or Zen roshi, our teacher simply points us beyond our self-imposed obstacles, toward the reality of our multi-faceted existence, freeing us to discover the mystery for ourselves:

"The Kingdom of the Father is spread out over the whole earth, but people do not see it."
from Logion 13

And there are one hundred and fourteen of these wonderfully wise, educational, and eternally up-to-date little sayings! All spoken in a clear, direct voice that transcends an inconsistent mythology. A voice that wasn't heard for nearly two thousand years, but now has returned:

"Whoever drinks from my mouth will become like me, and I will become them; and what was hidden from them will be revealed."
Logion 108

These are particularly meaningful and easy lessons to share, when we all become as one.

The book: How to Survive Life (and Death), A Guide To Happiness In This World and Beyond is now available everywhere, but ask for it it at your local bookstore!
Posted by robert k. at 12:24 PM No comments: Links to this post

A "How to Survive Life (and Death)" Review


Here is a review from Foreword Reviews of my book, "How to Survive Life (and Death), A Guide to Happiness in This World and Beyond." It's a fun book about a not-so-fun topic, based on the true accounts (and advice) learned by surviving three "Near Death Experiences." Enjoy, and blessings! 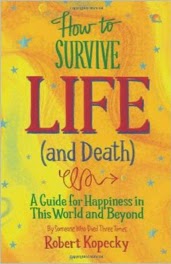 It's available here, and everywhere (you can ask your local bookshop for it, too!)
Posted by robert k. at 8:48 AM No comments: Links to this post

The lessons of my three near-death experiences (don't try this at home) pointed me in 3 different directions, each of which can lead you to realize that Heaven isn't a place, but is a state-of-being that you can occupy here & now! Available now from Llewellyn Books, Amazon, B&N, and all fine booksellers.

I survived three very different near death experiences, and I don't recommend it, but I'd like to give you what I've learned about life (and death) the easy way, in my fun (but serious) book, designed to defuse whatever fears you have, and pass along the lessons I learned the hard way, available now at all major book sellers, from Conari Press

Follow me on Twitter and like my Facebook Authors Page for all media updates. Contact me at robt.kopecky@gmail.com if you'd like me to speak at your event; or if you need help with issues of life, death, loss, grief, etc. I'll help if I can, and the advice you'll get is always worth more than you'll pay for it (n/c).
I've spoken at the International Association for Near-Death Studies World Conference, the Wisdom of the Near-Death Experience Symposium, and more; and have written for Beliefnet, Innerself, New Buddhist, Soul Life Times, Reality Sandwich (Evolver), and more.