A "How to Survive Life (and Death)" Excerpt from the Chapter "The Last Time I Checked (Out), I Was in Arizona" 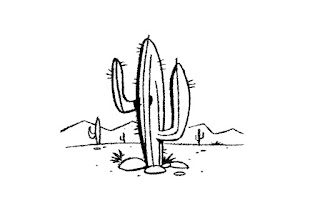 Perhaps the scariest, but most awe-inspiring (and comforting), realization I finally reached—long after all my bumps and bruises had subsided—has also been the hardest one for me to wrap my head around and to actually learn to live with. It's the part I mentioned earlier that has to do with really never getting any privacy (in a way that has probably crossed everyone's mind at one time or another).
Years later, when I came to the point where I could turn the corner on all the pain I'd suffered and caused in my life, I was hit by something I'd known all along—something very, very moving: Someone had been with me each time I nearly died. Someone had gently shepherded me away from my wrecked car; someone had shown me those scrupulously selected scenes of great significance from my life; and someone had gently, but forcefully, pushed me back into this life to tell you what I'm telling you now. I've realized now that it was one someone—my guide, my guardian, my angel—whom I have finally come to know personally (like a lost and loving aunt). I'm certain that we all have one, and that we are all receiving that same kind of personal attention. We are never alone.
Now, we all know why that's scary. I mean, really, somebody's watching me all the time? That's right. But it's no big deal because, fortunately, I'm not particularly important, and neither are you. Nobody is, yet everybody is.
And "all the time" is nothing really. I believe that our angels observe us from a perspective apart from time. I believe they can see every one of those life moments eternally, as they happen, like discreet panes of time suspended in space—in much the same way that those moments can suspend themselves in our memories. All of this is happening now. All of it has always been happening now, and always will. Being human makes this impossible to see. Yet, in our hearts, each of us knows the cause and effect of all these moments strung together, especially when we concede to this intimate exposure of the truth. We know the parts of our lives that need mending, the edges that need smoothing, the loose ends that need to be bound.
Who really wants a witness to all their stuff, regardless of how forgiving that witness may be? It's been said that "your sickness lies in your secrets"—your misdeeds, selfishness, hostile thoughts, and all that stuff we "safely" hide in our little compartments. Being human makes us want to believe that no one can see it written on our faces, or veiled in our desires, or behind our actions. But, of course, they do. That's who we are, on the outside. The question is, who are we really; and who are we going to be? Those self-revealing secrets shouldn't cause us fear, because we're actually keeping them so we can learn from them. Life doesn't happen to you. . .
Our angels (and angelic people) immediately forgive our misdeeds because they, too, know them so well. In this way, our fears can be dissolved into the reality of that profound intimacy—that shared knowledge of our greater selves. The Sufis call it fana, the dissolving of the human self into Eternal Love. That's nice, isn't it?
I think it was a great Swami named Maharshi who said that we don't fear death because of the painful end of life. By that time, many of us are ready for it. What we're never ready for is that painful accounting for what we've been up to, that golden interview. It's an embarrassment we naturally wish to avoid, again. So death is a blissful relief, but it can be made even more blissful by the way we live.
All of this helps me describe the hidden, but always available, "technology of the heart" that I've been talking about. It's all part of that greater reality that we're actually occupying—the realm of the spirit that constantly enfolds, supports, and directs us—and to which we and all of Life belong. But you already knew that.
Still, I hope they haven't been watching everything. . .

Not to scare you any more than the idea of being watched all the time, but in the context of my last moments in Arizona, it is clear to me that there are real consequences to being bad—both now and later. It just simply is not good. Being self-centered, cruel, violent, even just unconscious will deliver us to a "darker" place, in this life or the next, than where we might be able to live otherwise. How much darker is up to you, what you've done in Life, and how hard you're willing to look at yourself–and don't fool yourself, everything is accounted for.
It comes as no surprise, does it? There simply are better ways to live and better ways to die, and one has everything to do with the other. And as I've found out about ways to die, exiting on a bad note is not the best way to get there.
The way this physicality is imbued with life energy—the means of our animation and of our sensual awareness—is all achieved by a pretty particular set of forces. And it won't do to go about releasing it all willy-nilly, or without some consideration and some proper well-deserved reason. It may require effort.
Personally, along with the very clear lessons I've learned through my own experiences, I find a lot of resonance in the wisdom of the ancient masters when it comes to the possibilities for our future, our past, and our present. And how can you go wrong with the good old ancient masters, for crying out loud? So, as best I can (and preposterous as it may seem), I'm going to try to describe what the three "fatal" experiences I've had have taught me about what may actually be the best way to go about "dying"—which (at the risk of sounding like a broken record) I don't believe is really dying, but actually just changing forms from this matter into a form of energy that grows out beyond our current constraints into an entirely different dimension of being.


I hope that, by now, you see that this is the central message of this whole book—what my experiences taught me and what I want to pass on to you: Simply that there's nothing to fear about dying. It's really a logical and beautiful culmination of Life, and quite a fluid process. And once you get past the rough patches you may have to cross to get there, you'll see, as well, that there is no Death.

The book: How to Survive Life (and Death), A Guide To Happiness In This World and Beyond is now available everywhere, but ask for it it at your local bookstore!
Posted by rjk at 3:20 PM 1 comment: