Is God Consciousness (or Vice Versa)? 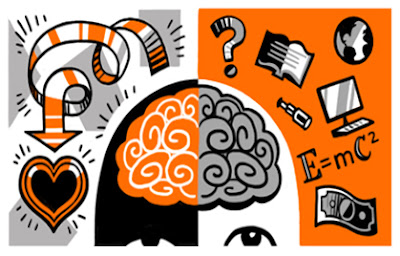 Eventually, we're all asked the big question: "Do you believe in God?" In that moment, there are a couple directions you may go in. You may directly (and wisely) give a simple yes or no answer; but if you're like me, you’ll experience a kind of systems freeze, and once again find yourself back in the place where you struggle to define what God really means to you. Where suddenly you have to focus all your limited (like me) mental powers on that limitless concept, and try to get in touch with enough profound inner intelligence to provide some honest meaning. You have to try to contact and express your highest consciousness. You have to try to find God.

"In the beginning was the word," it is said, but then no words–their forms or meanings or manifestations–are possible for us without consciousness.

Now I wish I had that Big Guy up on the marble throne, sporting a regally coiffed beard, and absolute omniscient creative mastery over all being. Or some universal intelligence like a giant extraterrestrial brain, seated in the center of a super galactic organism—but I'm afraid I don't really have either of those. Either—or both, may well be true, but I still seem to need something closer to home. Something I may not be able to understand, but that I can identify with. Like, what would the requirements and qualifications of God's job description look like?

1. Must be able to create, energize, and animate all life and material creation, as we know it.

2. Must be able to define and direct all reality or realities, based on an infinite variety of material structures, natural processes, and perceptions–as determined and experienced by all the sentient and non-sentient forms you create.

3. Must be able, and willing, to provide constant, unconditional love; and to benevolently support and guide all of life by establishing eternal standards of beauty, ethics, morality, and evolutionary progress (in both a physical, and spiritual sense).

Consciousness itself is the only universal force I can think of that can conceivably achieve and sustain all of that. I know that what little of it I possess myself is the only thing that permits me some identification, and some means for understanding the miraculous nature of Life, writ very large. For me, that makes Consciousness a pretty good candidate.

Quantum Physics has been performing reliably for long enough, and has been specifically and exhaustively tested enough to indicate that it’s Consciousness that provides the link between energy and matter– both in the sense of conscious observation being the catalyst for material creation; and for the existence of an active, intelligent Consciousness at every level of being.

"No phenomenon is a physical phenomenon until it is an observed phenomenon."
John Wheeler, Physicist

"Matter…is not an inert substance but an active agent…mind, as manifested by the capacity to make choices, is to some extent inherent in every electron."
Freeman Dyson, Physicist

I won't pretend to understand any of this too well, but all the evidence suggests that the connection of everything on a sub-atomic level ("entanglement" and "non-locality" in quantum physics' terms) demonstrates that there’s a transformational, creative force underlying our reality—a kind of connecting field that we, and everything else in our world, participates in. If we call that field Consciousness, we may be revealing the impossible magic trick that can make simple matter (like my brain) assume energy and intelligence. We may be pointing to the power that catalyzes the source and substance of all creation.
That sounds a little like a God requirement, doesn't it?

Look at all the forms of life that we easily associate with "The Divine," and they're natural, aren't they? The miraculous presence of life is so obvious in the forms of nature: cells, plants, animals, humanity. The Earth itself is alive—the ground and skies and seas—it's apparent to us in all those cumulative expressions of Consciousness like cell mitosis, the heliotropism of plants, the organic integration and sentience of animals, and the experience of this downright crazy life that we all share.
Even our scriptures defining "The Divine" suggest that at the heart of it all is the radiance of Consciousness:

I am the light that shines on everyone
I am the All.
The All came forth from me
and the All came into me.
Split the wood and I am there.
Turn over the stone,
and you will find me.
The Gospel of Thomas, Logion 77

I am the true Self in the heart of every creature...the beginning, middle, and end of their existence.
The Bhagavad Gita 10.20

As for that last job requirement, the power and potential of unconditional Love can’t be denied by anyone. The world itself, at every level, undeniably responds to that force and calling. The characteristics of transcendent human behavior, like compassion, humility, tolerance, forgiveness, and generosity that also describe an ideally benevolent 'Great Spirit,' are the same ones we attribute to connecting to our "Higher Consciousness;" the connection that merges us—in Love—with the beauty of all being.

"...my own true inner being actually exists in every living creature...[and] is the ground of that compassion upon which all true, that is to say, unselfish, virtue rests..."
Arthur Schopenhauer

And tell me, where does our sane and charitable "voice of reason" come from, if not from the field of Consciousness, independent of the selfish gymnastics of human ego? The idea that ‘thought requires consciousness, but consciousness does not require thought,’ is something to keep in mind.
When we sit in the stillness of meditation, we encounter that radiant fluctuation–the effervescent ground of being that is Consciousness. There, in that field where anything is possible, we lay out the parameters of the workspace that we call imagination. And they are false borders—strictly of our own individual, and collective, design. Beyond them is the limitless possibility of Consciousness, alive and awaiting our willingness to explore. You might even call that uncharted territory “The Mind of God.”

The clear bead at the center changes everything. There are no edges to my loving now.
Jalal ad-Din Rumi

In pop technology we say that “if the application (consciousness) is free, the user (life) is the product (God).”
I guess it would have been a lot faster if I'd just given a yes or no answer to that big question, but apparently, I need to run it around a bit until I can let go and simply experience what appears to be real to me—that Consciousness is God.

…Or was it vice versa?