Tales: Fear Has a Lot of Legs (but can become beautiful)

This "Mechapillar" from KND will have to do... 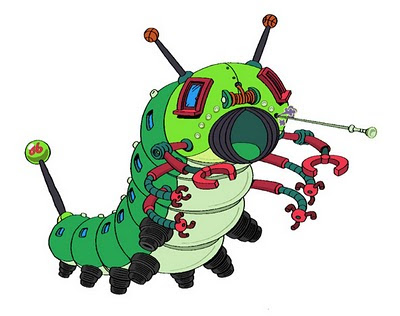 "Fear is a giant, ugly caterpillar that just wants to eat the grass you're hiding behind."
Koko, the Lion (not the gorilla...)

It's out there, rooting around your wild perimeter, slowly tracking you down on a hundred disturbing little legs. Yep, it's fear again, though it may be dressed in some new form, like a giant multi-legged insect, an impossible deadline, or the potential discovery of one of your closely guarded secrets.
You hunker down in the grass, pressing dirt into your knees, and almost stop breathing. Perhaps it will move away, maybe pass right by you. But no, inevitably the huge waxy leaves part, and there it is! A screaming caterpillar the size of a brownstone (an apartment house east of The Rockies), waving it's creepy multitudinous arms, twitching it's bug jaws like a Cronenberg movie, and worst of all, it knows right where you're hiding!
Things look awful bad, as it raises up on it's haunches, haunches, haunches, etc., coiling itself like a cobra about to strike...and here it comes - right at you, it's pinchy jaws bearing down around you! THIS IS IT! IT'S, IT'S ...wait a minute...it stops just before it actually does any harm to you, and gently and fastidiously, begins munch munch munching all the grass around you, until you're just hunkered down, completely exposed, and completely safe. Then it happily whirrs away, leaving you standing up again, brushing the dirt off your kneecaps. 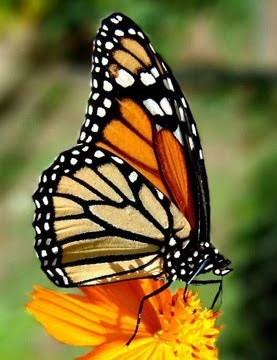