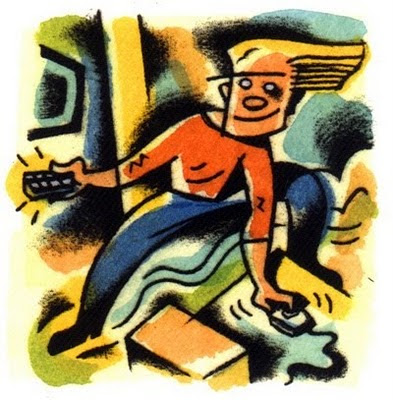 "Only that which can destroy itself is truly alive." Dr. Carl Jung

I was watching a show on PBS called Nova Science Now "How Smart are Animals," which had some wonderful demonstrations of animal intelligence and emotional sensitivity, but didn't manage much more human awareness concerning the quality of our animal partners' consciousness than existed in the '60s, back when Dr. John Lilly was doing a lot of the same things with dolphins as was shown on this show documenting "the latest" science can offer. It tended to depict intelligent animals as performers - the standard egoic human-enhancing context.

"...not from a law being passed, but from each human understanding innately that these are ancient, sentient earth residents, with tremendous intelligence and enormous life force. Not someone to kill, but someone to learn from."

But still, it demonstrates expanding global awareness to even allow that animals are much smarter and more conscious than people (corporate media) dare to admit. We're the only ones on the planet who have to wear clothes, go to school, get jobs, eat processed food, worry about our baldness (or facial hair), or try to find God. Who's really got this Life on Earth thing mastered - us, or the "lower" species?

We may not fully realize this truth until they're all gone. But I think we will. In fact many more people than publicized know plenty about animal consciousness already.

"Denial is the acceptance of ignorance as truth

through force of will."

At the same time, on The Biography Channel, there was a show called "Mediums: We See Dead People," that investigated irrefutable evidence supporting the validity of human psychic abilities; even to go so far as relating psychic powers to quantum non-locality and wave function, suggesting that there is an extra-dimensional field of accessible information within the Time/Space Continuum; and suggesting that this human form temporarily plays host to an extra-dimensional spiritual being.

Of course, all that's been very well known for thousands of years, but the knowledge has slowly, deliberately been covered-up by egoic commercial and political forces, so they could use it for their own designs. It's not covered-up anymore. It's on The Biography Channel.

"Out beyond ideas of wrongdoing and rightdoing

There is a field. I'll meet you there.

When the soul lies down in that grass, the world is too full to talk about.

Ideas, language, even the phrase "each other" doesn't make any sense."

On yet another news channel, a young Egyptian man describes the composition of the crowds of his country's revolutionary protesters: they are young; they are educated; they are tech-savvy; they are peaceful; they consider themselves part of a global community; they are tolerant, and open-minded; and they have had enough of unethical behavior from political leaders. In short, they are the human consciousness movement that is growing exponentially in our world today.

The "power elite" is being backed into their corner, making their last stand, as the huge shadow of rising global ethics covers them, and their corrupt hegemony begins to unravel. It's obvious to everyone, except only the most intolerant, self-centered, and closed-minded minority. When these changes become inevitable, materialists squirm and consolidate, and create the conditions for their extinction in the coming tsunami of ethics, and the Great Flood of the human spirit.

"We need to work on the world, so it will not be so oppressive." James Hillman

In a wonderful interview in HuffPost, even my crafty, wise, and very congenial uncle (by marriage), Dr. James Hillman, preeminent Jungian analyst, author, and social commentarian, suggests that the "Super Rich" are considering the ethical alternative to bottomless greed and elite criminality, but his assertion is framed within the corporate media context of right and wrong, black and white, us vs. them - a context which he rightly condemns. That frame is far too narrow for what's going on here, as the spiritual consciousness of this planet, and all life on it begins to dynamically coalesce into material ethical reality. The standard of exploitation will be destroyed, and a new world will arise.

The truth is not black and white; it's not even shades of grey. The truth can be seen from all the way out in space, where, in some other planet's space-based telescope, it simply appears as a small, round ball of blue.

"The common name for God used by the sages is HaMakom, "the place." God is the place of the world, the field in which all things arise and return."