Tales of the Koko Lion: Great Uncle Cy and the Man in Black, Part 2 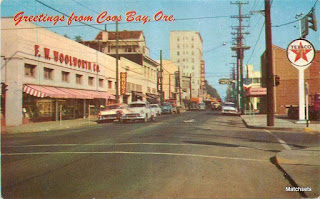 continued from Part One...

The back shed workshop was was full of bad taxidermy and mysterious tools and devices of unknown origin and use. Old pictures and obscure signage. Switches and bricks and rifles on a rack. It was like a dusty, sublime form of heaven to me, the crazy stuffed raccoons and antiquated firearms ranking well above angels' wings, harps, and cherubs in Mildred's little proper house up front.

My eyes lit upon a fascinating device on the old wooden everything-table near me, as Cy lowered the needle on a spinning LP he'd pulled out of a milk carton under the table. A shuffling western guitar started as I picked up the odd contraption to examine it. It was about a two-foot long aluminum tube bent around like a folded infinity sign. There were long, orangey rubber surgical tubes dangling off of it, meeting at a leather pouch gripped by a clothespin. It was a super-powerful slingshot extraordinaire – a "Wrist Rocket."
"I hear that train a-rollin', it's comin' 'round the bend..." Cy snuck the volume up a little as he lifted his his great eyebrows and widened his eyes. He shusshed me with his finger over his pursed lips as he held the album up for me to see the angled photograph of a handsome, dangerous man with black shiny hair looking down at me from the cover. It was "Johnny Cash – Live at Folsom Prison." Cy smiled broadly, his bottom teeth jutting out as they did.

"...Well, I shot a man in Reno, just to watch him die." Hoots and hollers from the audience of  inmates, as I slipped my slender arm through the slingshot loop and grasped the handle with my left hand, slightly pulling up the clothespin with my right.
"There's ball bearins' in that, fer when them rabbits and dogs git in my bean patch, Bobby." Cy whispered through his deep, conspiratorial smile.
I gingerly tested the pull on the wrist-rocket, testing deeper and deeper into the elastic potential as Cy tapped his foot and grinned. I pulled it back hard to my cheek, and right at the moment the Man in Black hollered "My name is SUE — HOW DO YOU DO? NOW YOU'RE GONNA DIE!!" and Cy's eyes popped open with glee, the clothespin released and the air was shattered by the whip-snapping surgical tubes, and splintering crunch and crash of ball-bearings violently ricocheting around the room! Uncle Cy quick turned the music down, his eyes wide as saucers.

We traced the trajectory of the slingshot to where the ball-bearings had torn a large, ragged chunk from the heavy table leg just an inch or two from Cy's shin. In unison, our eyes slowly scanned up from the damage an inch from his unscathed shin and met – his huge eyebrows raised high.

All of a sudden the door flung open, and there stood Mildred red-faced, fists clenched.
"Cyrus Fletcher!  What do you think you're doin'– fillin' that poor little boy's head with that prison-house pison!  You get outta there this minute!"
"Why Mildred, we wuz just..." Cy feebly tried to explain.

"Save yer excuses fer someone who don't know any better! Now you come with me right this minute, Bobby!"

It was the most I'd ever heard her say at one time. She stood resolute, pointing back down the hall, and I shuffled out past her, looking back to see Cy, sheepishly sliding the black record back into it's sleeve. Our eyes met again, and we both looked at the damaged table leg, and then back to our silent agreement. He smiled a little because he knew, like I did, that getting caught by Mildred had been completely worth it. There could've been no better introduction to The Man in Black, Mr. Johnny Cash, who – to this day – rides with me wherever I go. 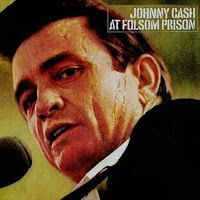 "The ancient masters were profound and subtle. Their wisdom was unfathomable. There is no way to describe it: all we can describe is their appearance."
The Tao Te Ching, 15

The first book: How to Survive Life (and Death), A Guide To Happiness In This World and Beyond, based on lessons (learned the hard way) by a three time Near Death survivor is now available everywhere – but order it at your local bookstore! The latest book: How to Get to Heaven (Without Really Dying) is available now from Llewellyn Worldwide.
Posted by robert k. at 11:44 AM