Jesus, The Easter Bunny, and the Real Renewal of Spring 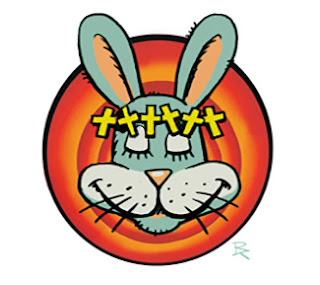 At the time of the earliest stirrings of the philosophy that was to become Christianity there were numerous centers of nascent world religion, from the Gandhara region of India thru Asia Minor, Persia, and Greece, to Alexandria and Jerusalem – and other spots within and beyond the Roman Empire and the rest of the known, civilized world. To literate religious academics of the early Christian era, all of this knowledge was available. Christianity, like all religions, was not born in a vacuum.

You'll notice in the retellings of the Passion Play that Christians celebrate each spring, as well as throughout the New Testament, there are plenty of references to the Pharisee sect of Hebraism, the proletariat and middle-class Jews of the time. The Sadducees, the bourgeois, aristocratic sect get very little airtime comparatively – despite making up most of the temple priesthood. Edited out of the story completely are the Essenes, which were not actually a single sect but instead a collection of differing gnostic beliefs grouped together generically.

Beyond their numbers, which were significant throughout the middle east at the time, the Essenes were the original Christians, eschewing sacrifice and materiality, living simple lives based in practices of healing and service. They were dedicated to cleanliness, to communal, all-inclusive dining, to the practices of foot washing, vegetarianism, and holistic herbal healing. Their "inns" and white robes were the inspiration for our present-day hostels and hospitals, and doctors' white coats. It's likely that the Jesus of mainstream Christianity was drawn from this model.

Most sects labeled "Essene" fully embraced a more personal, inward, mystical path to the realization of a divine simplicity, and so were the foundation of the esoteric forms of Gnosticism and Kabbalistic practice. In some groups, Buddhism was very influential, and in fact "Theraputae" Essenism was likely one in the same as the Buddhist community located near Lake Mareotis, outside of Alexandria (from Theraputta, sanskrit meaning "from the old ones"). Buddhism was alive throughout the region for hundreds of years prior to Christian mythology, and it's very important to note that the Buddha sat in the wilderness alone and was tempted by the devil, walked on water, fed the multitudes from a single basket, and drank at the well of an outsider (and more) 500 years before the Christ story came about.

It's very likely that the teacher Yeshua, whose philosophy – resurrected in the  discovery of very early pre-canonical scripture like The Gospel of Thomas – serves as the basis for the teachings of the Jesus of the canonical, Roman gospels.

The selectivity of Christian myth runs roughshod over much of what is actually known – as is the case with most inventions of organized religion. This is not limited only to religion, the same is true for organized historical dogma, organized cultural dogma, and organized social dogma. In a contemporary American context, for example, we have the assertion that Ronald Reagan brought down the Soviet Union, or that John Kennedy was killed by a lone assassin; both nascent myths that aren't based in fact, but still canonized as historical truth by many.

Likewise, American frontier identity was actually rooted in the genocide of the indigenous Americans, whose culture was, so to speak, crucified by "Rome." The positivity and popularity of much of contemporary American culture is based on the transcendent adaptations of African people held in slavery for hundreds of years. The implications of these truths are truly biblical, but not in the self-enhancing way traditional white male American historians would have us remember it.

So the suggestion that the Christian Passion Play is mythic, and was created in the centuries following the decline of Rome to serve political purposes by commandeering an authentically mystical path actually makes much more sense than the assumption of the canonical gospels as historical fact. The first big tip-off is the fact that the eventual authors of those gospels weren't actually named Mark, Matthew, Luke, or John – those were pseudonyms of journeymen writers of their day. If it walks like a duck, and quacks like a duck, chances are you might want to duck.

More recently there are the examples of Mormonism, whose co-creator Joseph Smith is not hard to prove as a plagiarist, philanderer, arsonist, and possibly worse – but not at all proven to be a prophetic witness to an early ancient American Judaic civilization; Scientology, whose inventor was unquestionably a hard-drinking, womanizing, egomaniacal science fiction writer – but highly questionable as an enlightened channel of godlike alien entities; and, going back a little further, Islam, the transcendent, mystical heart of which is regularly betrayed (like the other Abrahamic religions) by random acts of violence.

Sadly for true believers, the historical references to the actual existence of the Jesus of the canons is still limited to the scant testimonies of Pliny, Tacitus, and Flavius Josephus, whose less-than-second-hand accounts came well after the fact, and were subject to powerful political and cultural influence, and countless subsequent rewritings. The most compelling testimony of Josephus has been known to be a forgery for a long time now, while Judeo-Roman historians contemporary to the times, like Philo, never mention the man or events, despite having every reason to. Josephus, in all his authenticated accounts in fact, mentions at least twenty different people named Jesus.

Then what should we really be resurrecting today? If the religious establishment now neatly sequesters the whole of the ancient Essene world into the austere walls of the community at Qumran, and the timeless teachings of philosophers like Gautama and Yeshua are respectively redefined as platitudes and tragic morality plays, rather than as the radically effective calls to action they truly are, then clearly what requires resurrecting is the spirit of divinely shared consciousness that Aldous Huxley called the "Perennial Philosophy."

"The All came forth from me and the All came into me. Split the wood, and I am there. Turn over the stone, and there you will find me."
The Gospel of Thomas, Logion 77

It's forgivable human nature to transmute certain realities into conveniently avoidable practices, or for people suffering from the fearful manifestations of low self worth, greed, and delusional self-centeredness to act out in our shrinking world, but what we really need is to rebirth the elemental compassionate unity, the eternal springtime of human spiritual evolution alive in each Easter every day, if possible. That is the message continuously carried by the spirit of Yeshua (not to mention the Buddha, Krishna, Gandhi, et al).

We can all "sit in the wilderness" – take the inward path to realization of our shared being; "walk on water" – rise above and make foundational our psychic afflictions;  "feed the multitudes" – know that we have plenty with what we always have;  and "share water from the well" – understand the eternal that unifies us, regardless of our outward labels. The Jesus of the Christian Easter is purely a symbol for the real power for transformation each of us carries within – all the time...not just every Spring.

"Whoever seeks will find; whoever knocks from inside, it will open to them."
"When you bring forth that within you, then that will save you."
"What you are waiting for has already come, but you do not see it."
"Whoever drinks from my mouth will become like me and I will become them and what was hidden from them will be revealed."
The Gospel of Thomas, 94, 70, 51, 108

Since I believe that we all only die to this world, and so resurrection is a simple, personal realization that we will all get to experience, is it possible that the spirit of the Easter Bunny could actually be a better shepherd? The brand we want to revive each Spring? Could that be a better metaphor than the image of a good man suffering – the gentle lapine, the playful, prolific, vegan creature of the woods and meadows? Could a bunny be smart and wise enough to easily share that level of consciousness? For the answer to these, and possibly other questions, I invite you to watch this video:

[re-edited and reposted from an earlier time]

The latest book:can be ordered direct or online; and the first book: How to Survive Life (and Death), A Guide To Happiness In This World and Beyond is available the same ways – but ask for them it at your local bookstore!
Posted by rjk at 3:53 PM