Earth is Like a Spiritual Elementary School (that’s on fire…) 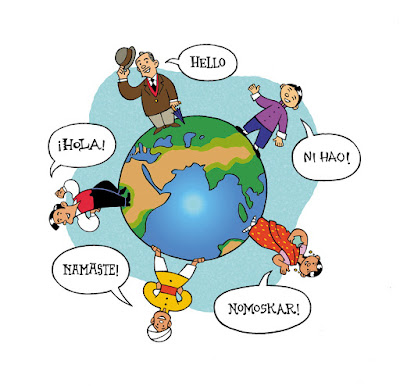 The day after a big election is a day like any other, really. A lot has changed, but then, not that much has changed too. The problems don’t suddenly get solved, and in fact the differences and obstacles may seem more distinct and dramatic than ever. It helps me to think of it this way, just for the sake of simplifying things:

The Earth is like a spiritual elementary school, with evolving souls attending grades one through six, simultaneously. The first and second graders tend to be unsure of themselves, to feel vulnerable – they tend to isolate, feel victimized, or to become bullies – whatever it takes to make them feel acknowledged, respected, cared about. They can become intolerant, even violent…they’re fearful, they haven’t got much wisdom yet, or what you might call “ more expanded consciousness.” They get tribal, follow manipulative leaders, and want to control things without really thinking it through. They tend to believe that Darwinism means “survival of the fittest,” but it doesn’t, really…it means “survival of the most cooperatively adaptable,” so they tend to be less cooperative, and more entitled, “independent,” and “self-reliant.”

The fifth and sixth graders have gotten a little wisdom. They’ve developed a little “expanded consciousness.” They’d never hurt a fly, tend to naturally like all different kinds of people, and feel connected to everyone and to the natural world in an easy, graceful way. They’re learning that the world isn’t happening to them – it’s happening for them. They’ve learned that fear is seldom real (unless there’s a bear approaching, or a fire is out-of-control). Their community is less a ‘tribe,’ and more a collection of tolerant, “cooperatively adaptable” spirits, all along on the same ride. They know that no one can be truly independent, or totally self-reliant. We are all the same thing, on the same ride, called Earth. They possess what you might call “spiritual sanity,” and have learned that intelligent, mature, responsible stewardship will benefit everyone the most.

Our biggest problem always stems from this situation: The sixth graders can’t give their wisdom to the first graders without the first graders feeling like someone is trying to push them around – insinuating that they’re “better than them” (which in a spiritually-evolved sense, they are, but in a spiritually-evolved sense, no one is better than anyone else). So the first and second graders have to get some wisdom for themselves (usually by making painful mistakes); they tend to be haters before they become lovers. This is their hard karma, the cause-and-effect of life that everyone must pass through, to graduate, that is. Wisdom and expanded consciousness can only be attained by direct personal experience. Unfortunately, everyone in the school falls subject to the struggles of the early-grade students, and those struggles have to hurt enough to make them realize their self-centered pain is unnecessary and self-inflicted – so it’s painful for everyone. They calm down a lot, in the third and fourth grades, thank God.

Sadly, the unconscious “control” of first and second graders for the last thousand years (a drop in the geological bucket-of-time), has led to the destruction of life as-we-know-it on our Mother Earth that we see around us—the catastrophe approaching. The school is on fire. Fortunately, that sadness makes our hearts resonate more deeply with the unseen, benevolent structures of the Universe; and impending doom tends to mature a lot of people fast. Fifth and sixth graders can stay present with all the goodness in their hearts, and try to hold things together, providing enough Love to balance things out…until the kids come around.

If you think people don’t respect you; that you’re being victimized by ‘elitists’ or ‘aliens;’ that you’re somehow different (or better) than other people, or know ‘the right’ way to live; if you think violence is sometimes necessary, and that we can reserve the right to kill or inflict pain on others ‘for their own good,’ or ‘to protect our rights;’ and impose our will on others to ‘make them get it right,” well, welcome to school. Open your heart—and your ears—and realize that no one is all that important. We really are all the same, even if we don’t look like it, or dress like it, or eat like it, or pray like it…we do all love the same.

If you’re constantly shocked at the level of ignorance and violence in the world, don’t be—there’s always been that 30%, and there always will be. Bring on da Love, in large enough quantities to put out all the little fires you can. There’s a tide of Love on the rise (along with the sea level) that’ll quench the conflagration.
Things are changing – at this school they always have and always will. But if you love it here anyway, don’t worry, soon you be moving on to Middle School.


The latest book:can be ordered direct on this page or online; and the first book: How to Survive Life (and Death), A Guide To Happiness In This World and Beyond is available the same ways – but ask for them it at your local bookstore!
Posted by robert k. at 1:27 PM