Paranormality is the New Reality 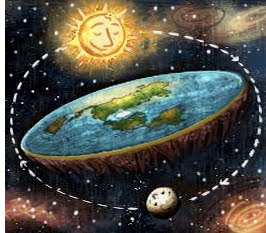 Have you ever met Bigfoot? Well, neither have I, but not for the lack of trying. When I was a kid, many years ago, my mom took us on a summer adventure searching for Sasquatch (although she denies it now). That was a long time ago – way back before Bigfoot even had an agent.

A lot of things have changed since then. In those days, no one used the term “paranormal” yet, referring to all the crazy stuff that science couldn’t easily explain, like UFOs, ESP, ghosts and evidence of the afterlife, unknown species of hominids, and the possibility of life on other planets. Even alternative energy sources, quantum physics, animal intelligence and all the rest were simply considered to be “koo koo,” with one finger circling your ear.
Of course, nowadays what we call paranormal is possibly more normal than what we call normal.

“Every truth passes through three stages before it is recognized. First, it is ridiculed. Second, it is opposed. Third, it is regarded as self-evident.”
Arthur Schopenhauer

What does paranormal really mean? The Greek prefix para means “besides; alongside of; or beyond.” As such, paranormal refers to a normality that runs alongside of our usually accepted standards. Geometrically speaking, it “shares a common side, and a common vertex,” or source. So in its basic sense, it is adjoined to what’s normal, and comes from the same point of origin.
To Webster, it’s basically everything that isn’t understandable scientifically. But if you go back (or especially if you stay put) anywhere in human history, that would mean that everything we’ve ever learned (or will learn) scientifically either has been, or currently is, in a way paranormal.

The ascension of the paranormal in our cultural reality isn’t the result of all those ancient alien gods or ghost hunters streaming on your flatscreen. No, those shows are simply symptomatic of the new reality I’m talking about. The real contributors to our change are the rapidly expanding consciousness flooding our world, and the realization of it through our technological global mind, the internet, which simultaneously informs and connects all intelligence on our planet. In short, it’s cause is the spiritual and technological evolution of humankind.

Way back when, the existence of the internet would have been popularly considered a scientific impossibility, but now it’s a functioning metaphor, pointing directly to the foundation of much of what we’ve always considered to be paranormal; that is, a magically interconnected world, where anything that can be imagined is truly possible.
In the wake of quantum physics, and the description of an observer-dependent, wave-based reality where matter realizes itself from the fluid energy alive in the quantum vacuum, crystallized in a musical, extra-dimensional geometry; and then consciousness arises within that matter, connected faster than the speed of light within the “cosmic plenum” or “zero-point field” (the alchemists’ unus mundus), it becomes clear that little is outside the realm of possibility – especially as long as we’re flying around on this planet in outer space. All of that “real” stuff sounds pretty paranormal, doesn’t it?

We used to think that only very particular things could be possible on our planet, which was clearly at the center of the stars revolving around it. Copernicus, Galileo, and Kepler were paranormal koo-koos back then. Recently, the space telescope bearing Kepler’s name has discovered it’s one-thousandth earthlike planet. From that we can easily extrapolate the existence of an infinite number of planets like ours, and so too, an infinite array of human-like life forms (many of which, one way or another, possibly visit our little planet).

One of my favorite guys, Dr. Carl Jung, tried to partially describe these concepts of a paranormal cosmic ether or “Akashic Field,” and the “psycho-social” anomalous phenomena of extra-terrestrial travelers in his books, “Synchronicity: An Acausal Connecting Principle,” and “Flying Saucers: A Modern Myth of Things Seen in the Skies.” But despite his careful description of an independent, interlocking field of consciousness, and his rational suggestion of an archetypal based kind of mass-illusion at work in the world, there was no real way around the overwhelming scientific evidence, and personal testimony verifying the existence of each of these “new realities.” Like most scientists and academicians, he had to tread lightly, lest he upset the conventional apple cart, and destroy his professional credibility.
In that sense, the “psycho-social,” mass-illusion based theories of skeptical scientists can cut both ways. The same type of group ‘wishful thinking’ that can be applied to the average suggestible Joe can also apply to the traditional scientific community – to their own kind of ‘cognitive dissonance’ (or denial), evidenced by centuries of their membership in a Flat Earth Society of one kind or another. Another of Dr. Jung’s famous quotes comes to mind in this case:

“One of the main functions of organized religion is to protect people against a direct experience of God.”

I wouldn’t be the first to suggest a similarity between organized religion and the institutions of science, but I may be one of the few people you’ve ever heard say that God is paranormal, and in fact, the very foundations of all our science and religion fit into a paranormal framework, rather than the other way around. What we call paranormal is always finally reached through further evidence of an enhanced reality, permitted by a more balanced, less insistently delusional approach, or by pure faith. There has always been a metaphysical core to the progress of our understanding.
When we simply sidestep conventional, archaic beliefs, and follow the paranormal path (from a common origin) that heads more directly along our spiritual and technological evolution – engaging a sixth sensory potential, you might say – we can start considering our new realities in a much more beneficial, even realistic way. We can even start to consider some of God’s “alternative” work.

Then UFOs are simply real indications of a technology that, being available to other people from the stars, is available to us – based only on the limits of our imaginations. On a personal paranormal note, I’ve witnessed three UFO events myself: “The Phoenix Lights;” a swarm of orbs; and a ‘star’ that zipped away, drawing a huge “Z” across the sky (…and I’m only high on life).
The silhouettes of “stealthy” aircraft, regular documented occurrences of different, “unidentifiable” crafts, the odd coincidence of “The Roswell Incident” with our sudden surge of technological innovation like integrated silicon circuitry, fiber optics, microwave technology, advanced construction materials, and the development of alternative propulsion, power sources, and artificial intelligence all suggest to fascinating new realities, many that are already commonly at use.

We may find the Crystal Skull phenomena kind of silly while we read about it on devices linked instantaneously to the global brain, operating on microscopically programmed crystal circuitry.
It becomes pretty impossible to imagine that some of those intensely elaborate, precisely hewn crop circles appear overnight thanks to techies with boards and rope.
There’s a ton of evidence, conjectural and empirical, for transpersonal communication (formerly ESP) in a human sense – not just in the reliably provable context of quantum non-locality and entanglement.
Reasonable investigation of the literal mountains of alternative archaeology can bring to light an entirely different history of humankind than what ‘s conventionally accepted; and the former science fiction of genetic manipulation and fabrication of species becomes reality, once we’ve mapped the human genome, and regularly manipulate those building blocks ourselves.
The confluence of “conspiracy theory” with the paranormal gets stood on its head by the revelations of whistleblowers, documenting our super hi-tech mass surveillance by ‘secret’ corporate and governmental agencies.

I also happen to be a three time near death survivor, and as such (along with hundreds of thousands of others) can testify to the experience of a broader, enhanced field of consciousness, beyond the limitations of our physical form (and I’m not particularly paranormal). This field of consciousness then could easily contain a profundity of animal intelligence – the understanding of which is being expanded upon by science everyday; as well as ghosts, aliens, and extra-dimensional phenomena of every kind. It could provide the basis of the very “cosmic plenum” that enables and energizes everything we experience as being either normal or “paranormal.”

I’m sorry to have left Bigfoot standing in the corner all this time. He must be feeling neglected – as hard as he is to ignore. But discoveries of “lost peoples,” and samples of early hominids, whose genomic analyses demonstrate relationships to completely unknown species of early man; along with the simple vastness of everything we have yet to discover, have got to make him, at least, not so paranormal after all. “I’m not going to flat out deny their existence,” says Jane Goodall, highly credible primate researcher, I’m sure that they exist.”

Perhaps we’d be better off embracing our paranormality. Or how about this? How about we just simplify all the old definitions, and call it all Reality.


The latest book:can be ordered direct on this page or online; and the first book: How to Survive Life (and Death), A Guide To Happiness In This World and Beyond is available the same ways – but ask for them it at your local bookstore!
Posted by robert k. at 12:59 PM