Groundhog Day Over and Over, Until We Get it Right (Redux) 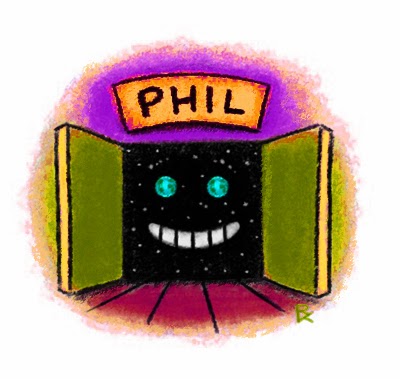 everyday will always be now

In the great Harold Ramis film, Groundhog Day, Bill Murray plays a self-centered, materialistic egomaniac who must relive a single day over and over until he finally learns how to do it right. Unfortunately, that sounds a little too familiar to me. He has to pass through one difficult doorway after another on his path of spiritual evolution, kicking and screaming all the way. Battling with himself. Along the way, he learns some important lessons–the hard way–that we can all stand to learn.

The two biggest challenges he repeatedly meets during his everlasting day consist of knowing when to surrender his will, and learning how to take right actions. The realization of his powerlessness in the face of things he can't control, like a snowstorm (piercing the veil of denial); and then detaching from the demands of sensory gratification–the destruction of his egoic self (his "dark night of the soul"). He must learn to be of service, without expectation for rewards, and realize true humility (absolute acceptance and tolerance). Ultimately, he's rewarded with the recognition of the eternal in everyone and everything (enlightenment); and eventually, after passing through these spiritual stages, he is  able to really know Love.

In the film, our anti-hero Phil, like all of us, is forced to confront the inconvenient truth that the world doesn't revolve solely around him. Becoming aware that I'm personally not all that important or powerful is a tough nut to crack, especially when I matter so very much to myself.  Doesn't that person on the subway know that I'm trying to get somewhere? Why can't that fellow employee see that my plan is superior? And why is it that I don't I get what I logically deserve (when less deserving people do)? Of course I am getting just that, all the time. I am creating my own heavens and hells, everyday. And so, at first, Phil goes about everyday the same way, creating his own hell in a slightly different way.

Again and again, he wakes up and repeats the same aggravating mistakes, failing to recognize the patterns imposed on him by his unconscious self-centeredness. Exercising his rudeness, his arrogance, his impulsiveness, and his entitlement only leads to more and greater suffering. (Unfortunately, that sounds familiar too.)

"The mind deludes him, binding him with the bonds of the body, the sensory self, and the ego. It creates in him the sense of "I" and "mine." It makes him wander endlessly among the fruits of the actions it has caused."
Shankara's Crest Jewel of Discrimination

Phil has to come to terms with the harsh truth that he's subject to the same world that all of us must endure, and hopefully transcend. (Don't they know who I think I am?) The failure to find any relief in sensory gratification, and the shattering of his egoic self-importance finally leads him to despair, helplessness, and a profound depression that results in a spree of suicidal self-destruction. Suicide is the urge to kill the self that causes pain, and so he wakes up to this life again, and again–always failing to kill the proper Phil. The Phil that needs to die.

"The ego's intelligence is only a pale reflection of pure consciousness that robs us of our true nature of joy. By identifying ourselves with our ego, we fall into this world's repetitive struggle of birth, discomfort, and death."
Shankara

Once Phil realizes that the solutions to our problems with the outside world never come from outside, he begins to gain access to his intuitive intelligence. Slowly, he recognizes that the answers must lie within himself, and in his own actions. With his surrender, he realizes that whatever he wants to accomplish, he can accomplish – if he's willing to lead a simply principled life, accept the position of being a humble beginner, to focus, and to simply do his best.  He learns how to play the piano, only for the joy of the effort, the joy of living musically, and the joy it brings to others.

"When you make the two into One, you will be a Son of Man; and when you say: Mountain, move!  It will move."
The Gospel of Thomas, 106

Then, intuitively, instinctively, he begins to help others. Every [eternal] day, the same people will need his help, and from his acceptance of humility comes the willingness to be of service, with no regard for reward. This is the transcendence of human potential – the movement away from self gratification, towards the welfare of others. This is the real impulse for spiritual evolution, for by taking these actions his transformation begins. He comes into alignment with the real nature of consciousness, which is the joy of being. He comes ever closer to everyone's goal – the realization of Love in our lives (as our lives).

As he loses himself in humility and service, he comes to recognize the eternal nature of his true self, everyone, and everything. He learns to live by the simple principles that always put the wind at our backs on the path to spiritual evolution, namely: Honesty, Humility, Compassion, Selfless Action, Generosity of Spirit, and Patience. Only then does he become truly effective. Only then can he begin to find the freedom to become his authentic self. Finally, when his life is devoted to the welfare of everyone he meets, he finds serenity, family, and Love. He becomes a real human being.

Oh it's funny–it's a very funny movie–but even though the film only lasts a couple hours, we never really know exactly how many days Phil lives over and over. Dozens, hundreds...millions? As is the case with all our fractal futures, we may never know how many times each single human life will have to be lived. How many times we'll have to ride this cycle of creation and destruction, out, and back, on our way to finding our true potential. Like Phil, we can all wake up everyday, trapped in the dark prison of our selves; or, we can wake up and see the light in everyone and everything.

Everyday when we wake up, we either choose to see our shadow, or we don't.

Read about concepts like these and much more in: How to Get to Heaven (Without Really Dying), Wisdom From a Near-Death Survivor  from Llewellyn Worldwide available direct on this page, or online. The first book: How to Survive Life (and Death), A Guide To Happiness In This World and Beyond is available the same ways – but ask for it at your local bookstore!
Posted by robert k. at 10:00 AM